Little game made for Mini Jam 53

In this game you're ROwObin the mummy boi. ROwObin lives in a oasis in the middle of the desert, and his neightbors always visits him to drink some water. One day, ROwObin saw on the internet some news about a virus that was spreading everywhere. ROwObin so grabed one of his infinite crossbows, pucked a cactus from nowhere and started to slam it on his neightbors for them to not infect his water, even thought they're probably not infected at all!

your objective here is to don't let ROwObin's neightbors reach his oasis!

-i'm gonna add music and a title screen as fast as possible, i'm just posting this now to dont lost the submission time of the jam. The game itself is practically done tho

-There's 3 tipes of enemies that haves the chance to spawn in the game, but for some reason the third one isn't appearing on my gameplay, so if you see only 2 types of enemies plz warn me,  because i don't know if its a bug or its just my bad luck for it to spawn (this enemy in specific should appear after Wave 10)

-i'm not sure if this game does respect the "Perma-death" limitation of the jam, so if it can be considered a "Perma-death" game plz tell me ._.

MY OPNION ABOUT THIS GAME:

well, if there's something i'm definitelly proud  in this game, it is the player's animations. They're simple, but i really liked them so much! The gameplay tho, i can't say the same... 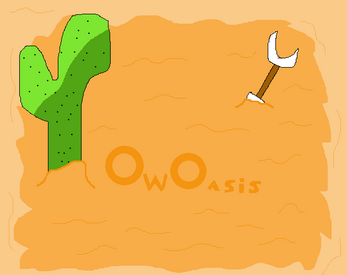